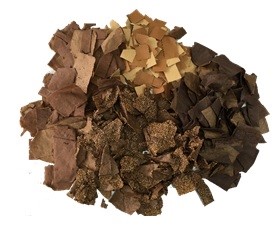 is a blend component for the manufacturing of cigars. It can be produced from either the customer’s by products, or from specifically sourced tobaccos. Due to the gentle nature of the processes of HTL-DHT much of the original taste of the tobaccos is retained. When produced from the customers own by products, the filler has a smoking character, very close to the manufacturers specific product taste. This makes it possible to include this filler without having to compensate for taste by including expensive high grade tobaccos. When produced from selected tobaccos, the cigar filler functions as blend component for steering the taste in the desired direction.

HTL-DHT’s Patented so called “Top load Process” creates a product with a closed film on which coarse tobacco particles are attached. This not only further improves the taste, but it also gives the possibility to reduce the density of the cigar. Besides the top loaded version, also non top-loaded (monolayer) products are available. HTL-DHT is capable of converting all grades and forms of tobacco into filler sheet.